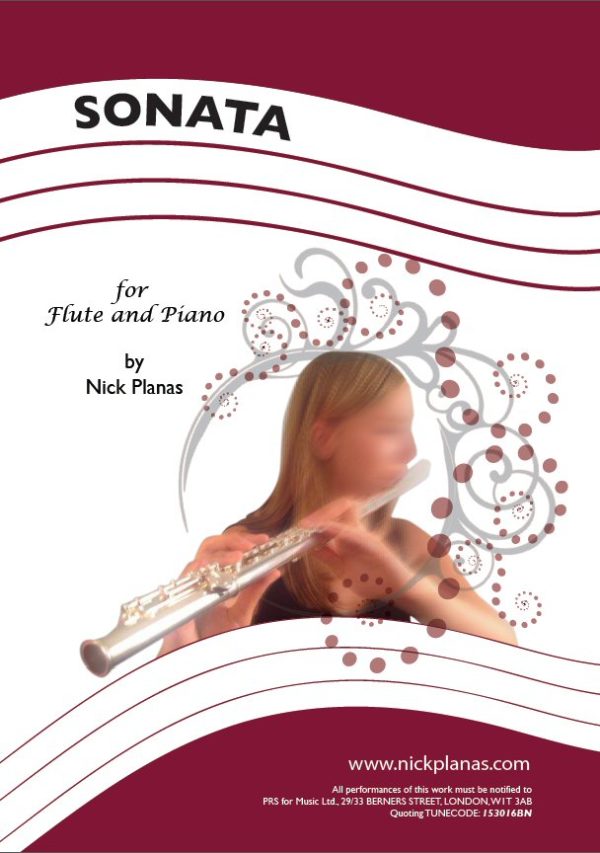 This work in three movements was commissioned by my former student Isabelle Ashton, who asked for a work which could be performed for her Diploma, or for auditions. The work uses the extreme ranges of the flute, with some pitch-bending requirements, but does not use microtones – it can be played on open-holed or closed-hole flutes. Overall performance time is just over 13 minutes.

These audio clips were created using NotePerformer via Sibelius 8.5

The work was reviewed by Zoë Booth in the March 2015 edition of PAN, the British Flute Society’s quarterly magazine. She wrote: “Nick Planas has written this beautiful sonata to fit well under the fingers of players beyond Grade 8 level… The musical style is contemporary classical – think the appealing tone-world of Ravel or Prokoviev – requiring few extended techniques (a few harmonics, a simple rolling glissando in the second movement and fast double-tonguing) but needing a reliable finger facility at speed across the range of the flute (up to top C#/Db), and attention to dynamic and articulated detail.”

We use cookies to ensure that we give you the best experience on our website. If you continue to use this site we will assume that you are happy with it.I acceptNo