Although many of his friends knew that Ted was an American citizen who never bothered to take out British citizenship, not many people know much about his early life and how he ended up in England.

Ted was born in New York in March 1924, the son of a Spanish-born father and a Trinidad-born mother. When he was 5, his parents separated and Ted’s mother took him back to Trinidad with his younger brother Richard. Sadly, Richard died aged 2, just a few days after they returned. After 4 years living in Trinidad, Ted’s mother remarried when he was 9, and he was then taken to England to live, as his stepfather built a house in Maidenhead. At various times Ted went back to Trinidad but he last visited when he was 12. Tragically, when he was 13 his mother was killed in an horrendous car crash on the Colnbook Bypass, which also killed her in-laws, and left her husband in a coma for a month. Although after this his father offered him the chance to go and live in America, Ted chose to remain in England with his stepfather’s family, where he stayed until his 18th birthday.

At school he had been working towards an engineering career, and at the age of 15 he was at Loughborough Technical College. When the Second World War broke out, he found himself on a work placement at High Duty Alloys in Slough, helping to make Spitfire parts, and also working in the drawing office. Meantime, he had heard a recording of Artie Shaw playing the clarinet, and decided to become a clarinettist. While he saved for his first instrument, he got a broomstick, put sticky tape where the keys would be, and learnt the fingerings until his clarinet finally arrived. He learnt fast, and by the age of 18 he was studying at the Royal Academy of Music. On leaving the RAM he found himself called up into the US Army, and he was sent to Frankfurt as part of the post-war Allied occupation of West Germany. Being well-paid in US Dollars, he found himself relatively well off compared to most British people, and was able to travel to Paris to buy the best available instruments.

It was in Paris that he began his relationship with both Buffet and Selmer, both of whose instruments he championed in the 1950s. He also took the opportunity to further his studies with Ulysses Delecluse, one of France’s top clarinettists of the period. After leaving the US Army, and having married Barbara (my mother) he settled for a while in Otford, Kent. Whilst looking for a new home within easy reach of London, he heard about a flat in Iver Heath, and he and Barbara moved into 10 Heatherden House in 1950, where they lived until 1956, at which point they found a bungalow, 168 Ashford Road. The rest is history… 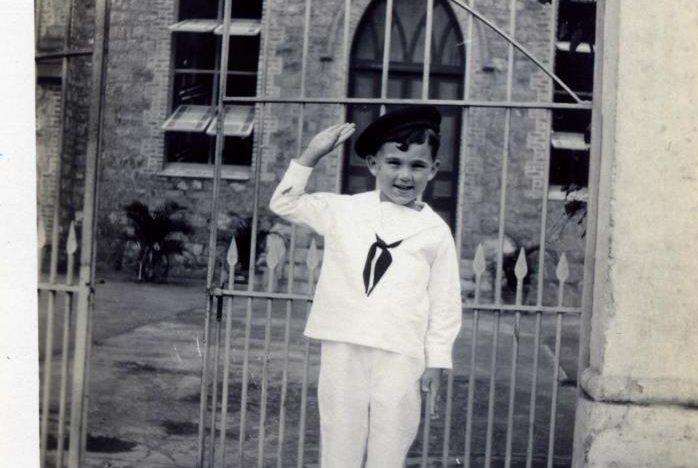 We use cookies to ensure that we give you the best experience on our website. If you continue to use this site we will assume that you are happy with it.I acceptNo